PFold with CSS and JS

by danijelkovacs2 in Scripts JavaScript 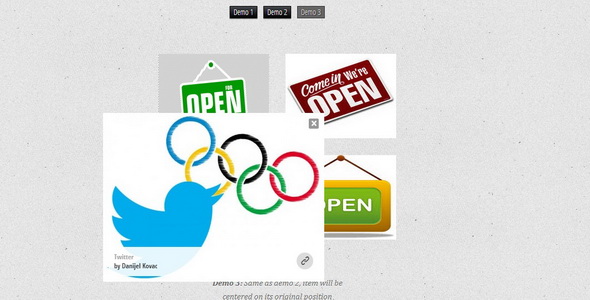 PFold is a very experimental jQuery plugin that makes it possible to open elements in a paper-like unfolding effect. An element can be unfolded in 3D in order to reveal some other content. The idea is to have several levels of folding, where each step of opening will double the element size, hence imitating a folded paper being opened.

A couple of options are available, such as the unfolding direction for each step and the number of folding steps. For browsers that don’t support CSS 3D transforms or transitions, there will be a simple fallback, i.e. the larger content appears.