By unitygames in Mobile Apps Android 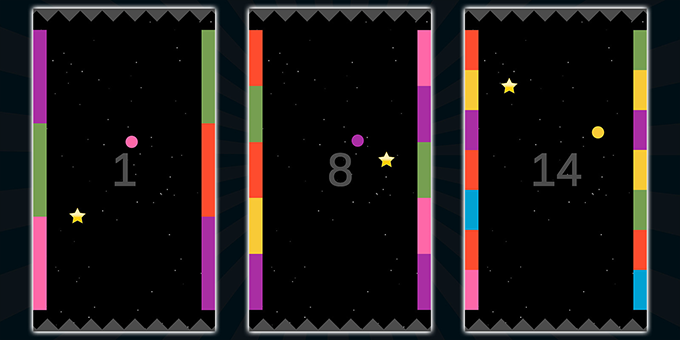 This project have integrated interstitial, banner and rewarded AdMob ads.

Jump from side to side and hit only objects have the same color as the ball. Avoid hitting the wrong color and don’t collide with the spikes. Collect the stars and use them to unlock new items in the shop menu. Game is endless and it becomes harder and harder as it progress. Your only goal is to score as much as you can.