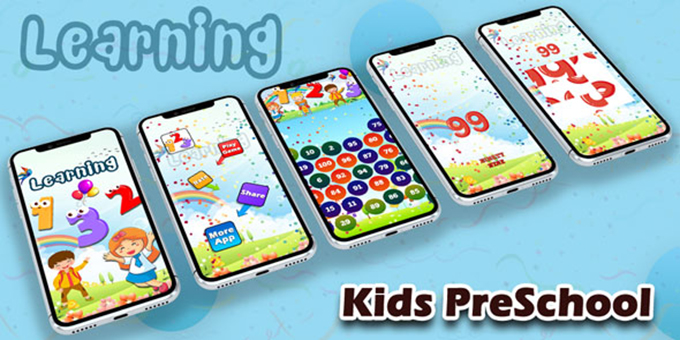 We make math fun & engaging. Over 20 Million kids use the Splash Math program to Boost Confidence, Increase Scores & Get Ahead in Math.

Kids Number 1 to 100 Learning Apps - This game is English pronunciation, let’s teach your children to learn the numbers figures. The app will teach to count the numbers, English speaking, learn by dictionary and teach your kids to according and spell easier than ever.

123 For Kids starts building Numbers’ shapes in children’s sub-conscious mind in very early ages, so the information is recalled when its taught in schools. It is the most suited numbers flashcards app to be used in all levels of kindergarten classes as well.